The History of Special Olympics

"Let me win. But if I cannot win, let me be  brave in the attempt."

This is the Special Olympics Athlete Oath, which is at the heart of the movement that is
"dedicated to promoting respect, inclusion, and acceptance of people with intellectual disabilities."

The first International Special Olympics Summer Games were held in 1968 at Solider Field in Chicago, Illinois.
More than 1,000 people with intellectual disabilities from 26 U.S. States and Canada competed in track and field and swimming.  During the event, Chicago Mayor Richard Daley turned to Shriver and said,
"You Know, Eunice, the world will never be the same after this."
Shriver passed away in 2009 at the age of 88, but her legacy of advocacy lives on.

The History of the Haysville Hornets

The Haysville Hornets were formed in April 2015 with five families.

Each family had one or more members with special needs that had participated in Special Olympics with a previous team that was due to dissolve soon.  The original families didn't want to split up and go to other existing teams.  The athletes that had competed so long together, they were like brothers and sisters to each other and couldn't image the possibility of competing against one another on opposing teams.  The families also had an overwhelming desire to get back to basics with the athletes and make it about them again.

So with the this and the core values of Eunice Kennedy Shriver in mind, the families worked very hard to put together what is now known as the Haysville Hornets Special Olympics team.  We look forward to a prosperous future of competing with our "brothers & sisters" and accepting new athletes into the "family".
Changing lives, one athlete at a time!
GO HORNETS!

​We are an adult team for athletes 14yrs and up.

We are proud to be a 100% non-profit organization with non paid volunteers that is completely self-funded.
All money raised goes directly to the team.  Changing lives, one athlete at at time! 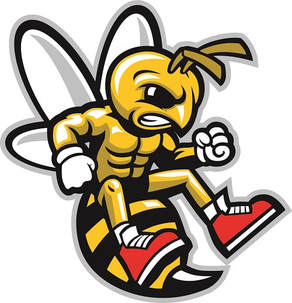